Cabin doors to manual, thought Hermann, wondering if it wasn’t too late to bale out of his life. Debt, addiction, breakdown, sickness, pornography: the once fabulous realm of the Neu Landschaft, playful gardens of eden, had turned to the Great Negative aka The Deni-zen aka The Turd.

Hermann had eaten of the Apple, fruit of all knowledge, and watched it go pear-shaped. The i-phone twitch, the wired brain, the drunken weave of the texting walker. Hermann hated all TV presenters, including daughter Stephanie, who now fronted her own show after gaining a PhD in the history of TV hosting, with special reference to a ‘comedian’ with the catchphrase ‘swinging!’ (thumb up) and ‘dodgy’ (thumb down); died following road accident. Herman was incapable of seeing beyond the cosmetic dentistry to what Stephanie’s show was about, other than hallucinatory impressions of viral weather, rightist eugenics and rampant property development e.g. in TLC with TWCL emergency pet surgery took place in showcase apartments being flogged off on air. Lots of crocodile tears from Stephanie/paramedics/mug punters as apartments sold/failed to sell or even be given away and mutilated animals died/lived. The Standard was running one its hyper-energised campaigns, this time Let’s Be Fair to Old Offenders. Following the big success of the Jimmy Savile Trafalgar Square Christmas tree, Stuart Hall had been rehabilitated in a shopping channel so far up the ladder to be in the broadcasting equivalent to above the tree line. The Standard was now pushing for Rolf to be brought in to co-host TLC with Stephanie. Hermann sighed. He loathed Mutti. He found Houellebecq sentimental. He disliked all previous mistresses, Mercedes, VW, Volvo, Nissan, Kia and the rest. Alfa, once covetable, was just another set of Eurowheels for spivvy housewives. Adieu Audi. Good to wake up in a good mood for a change.

The world lived in a state of re-decision, translated as indecision about any decision made. Matter discussed; decision reached; business sorted. Then the whole thing gone over again and another decision reached. Hermann blames email. Were the tedious Sex in the City Carrie Bradshaw still around she no doubt would be asking another of her pointless rhetorical questions: How do you tell when a maybe is maybe a no? 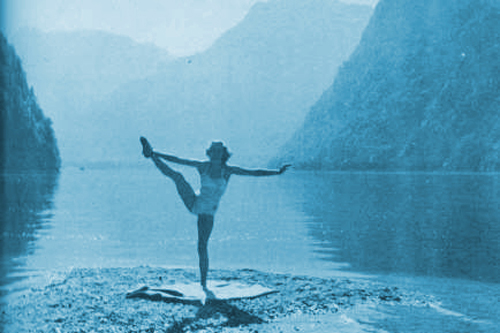 Free-floating anxiety relocates regardless. Hermann counted it among the new digital neuroses. Anxieties used to be specific, from what he could remember. ‘I am worried about,’ he used to say to himself. Now he couldn’t tell, other than being generally worried. He vaguely remembered brief periods of respite, years ago, when he didn’t have a ‘care in the world’, or maybe it was some programme he had seen on TV. Actually, one thing he was worried about: the bungee-jump fall of value to his apartment. For the first time in market history sellers were paying buyers to take property off their hands. Poor people could be seen outside the Deni-zen no longer begging but offering to take apartments in exchange for moderate living expenses, the trick being to do a runner as soon as the next service charge came up.

Hermann checked emails. One from Mrs Edwige Lyon of Lyon Interpol was under the heading Your Long Awaiting Compensation Fund Has Been Released.

He read: This is to inform you that we have been working towards the eradication of fraudsters and scam Artists in Africa and Europe with the help of the Organization of African Unity (OAU) United Nations (UN), European Union (EU) and FBI. We have been able to track down some scam artist in various parts of African countries and Europe which includes (United kingdom, Nigeria, Republic of Benin, Burkina Faso Ghana and Senegal with cote d’ivoire ) the scam artists we tracked are all in Government custody right now, they will appear at International Criminal Court (ICC) soon for Justice. During the course of investigation, they were able to recovered some funds from these scam artists and IMF organization have ordered the funds recovered to be shared among the 70 Lucky people listed around the World as a compensation. This notice is been directed to you because your email address was found in one of the scam Artists file and computer hard-disk on investigation, maybe you have been scammed, buying the property you have. You are therefore being compensated officially with sum of ($900,000.00) Nine hundred thousand US Dollars which is right now deposited with Allegacy Federal Credit Union North Carolina US and we have giving them instructions to credit you with the sum of ($900,000.00) Nine hundred thousand US Dollars as soon as you contact them, you are adviced to contact Allegacy Federal Credit Union Finacial Manager Sir Cosby Davis with the below contact information so that he will proceed on your transfer.

Oh, Mutti, Hermann sighed. What spelling! Get a copy editor! To her credit, last week, with even more wayward spelling and grammar, she had hacked the staff email addresses of TWCL (in protest against rising quarterly service charges hitting £10,000 and the closing of the cinema) and sent a barrage of ‘Help! I am stranded without money in Manila/Athens/Naples after an unfortunate incident and the police and the British embassy cannot help me, so you are my last hope!’

Mutti had been encouraged by the response, enough to cover half the service bill.

‘They may be horrible builders but they’re cute little suckers for a friend in need!’

‘In fact,’ Hermann went on, ‘There is only one Sir Cosby in the entire universe of google, a twitter account of a college athlete in St Louis, MO.’

‘Maybe I was thinking of him,’ Mutti mumbled.

Mutti was giving the apartment yet another makeover, this time in the style of Munich in the 1930s, turning it into a replica of the Fuhrer’s love-nest shrine to his dead niece Geli. After she ‘shot’ herself, he kept her room ‘just as it was’. Mutti was adamant Geli had been driven to it by her horror of Uncle Alf’s insistence on a golden shower and a hot lunch. Hermann was sceptical. He was very much of the no-sex-Adolf school. 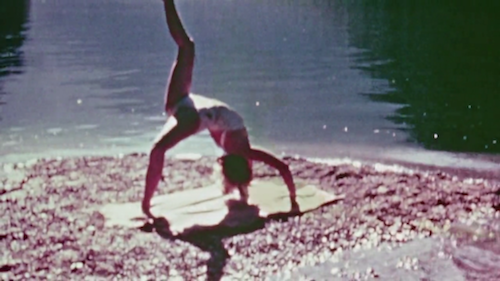 ‘No!’ said Mutti. ‘There’s proof in the book I am reading. After Geli, he had a sado-masochistic relationship with an actress, who later also killed herself, who tells of a private tour of the chancellery after a party, including his dressing room. Look, see what it says.’

Hermann took the book and read aloud, ‘“He brought out his tail-coated dinner shit [sic], saying he had never worn evening dress till he came to power.” It’s a typo, Mutti.’

‘No. Proof! And how’s your little baby-making machine? Seeing action?’

Hermann thought: Oedipus had it easy.

Hermann wished he had invested in traffic cones and road signage, what his curator friends called ‘traffic culture’. He still struggled to ‘get’ Facebook and the Insta- one. Cute kitten. Nice dog. Hermann posts: Me and my Bunny, and is depressed by only six likes. He looked forward to the internet’s first great evangelical movement: viral religion. He would follow, gladly. He would karaoke Errol Brown and Hot Chocolate’s, You Sexy Thing (I Believe in Miracles) and form a sub-cult of his own, catchphrase: ‘Yes, I believe’. Had he become the old-fashioned reactionary he despised his father for being? Had he become his father? He needed a rush. The rush. The synaptic snap. He would take up parachuting bungee jumping free solo climbing self-surgery. He would cut off his arm with a penknife, leaving the other free to let go when the moment came.

Hermann gazed out of the window of the Deni-zen and admired the pollution-hazed cityscape, daydreaming through another set of residents’ meetings. Four members, plus translators for each, yet seven languages around the table. So many flats were up for sale by absentee owners unwilling to pay the service charge, which was reaching Weimar Republic proportions in terms of inflation, that it was voted to request TWLC feature the Deni-zen in its TLC programme. Hermann stuck up a thumb and said ‘Swinging!’ 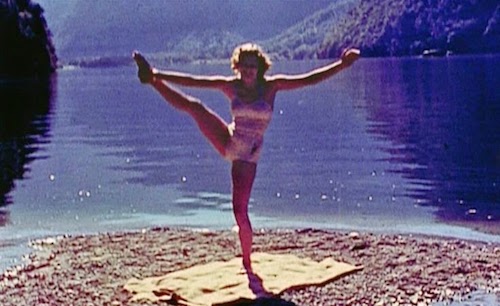 Mutti had now taken over the apartment completely, leaving Hermann on lastminute.com and staying in an identical maze of hotels. In one he ordered ennui for dinner and the waiter hadn’t blinked. Hermann could no longer remember what his job was and what he actually did, other than indulge in bouts of aggressive recreational pimping in the company of oversexed top property men. Thanks to recent trips, Hermann was becoming a connoisseur of art in hotel rooms. He was thinking of giving up his executive positions, whatever they were, to take up buying such art for new hotels and apartment lobbies and corridors. Future generations would hold him as the true curator, and the likes of Obrist mere jesters.

He heard Mutti say, ‘Some things you should not even think, let alone google.’ Already an unbeliever, he refused to give google or god its capital. Would there come a time when people would deny google existed the way they denied god?

‘No, no, you mean blood spatter,’ says Mutti. They were reenacting Geli’s suicide, so-called, shot in the chest, from above. Mutti recited : ‘Uncle Alf in the bedroom with the Mauser. And you don’t mean back-splatter!’ Hermann was sure he did. They were always talking about it on CSI. And in Phil Spector’s case there hadn’t been any on his white tux.

Regardless of the sieve that passed for her memory, Mutti recited word perfect, ‘Back-splatter is the high-velocity pattern made by liquid faecal matter on the back of the toilet above the waterline. This pattern is formed when one has an uncontrolled evacuation of the bowels as he or she is in the process of sitting down and is still in a leaning-forward position. Because the movement associated with this phenomenon is usually time-consuming, the resulting back-splatter typically dries and will not come off when the toilet is flushed. Back-splatter usually lasts until physically removed with a brush and Comet.’ 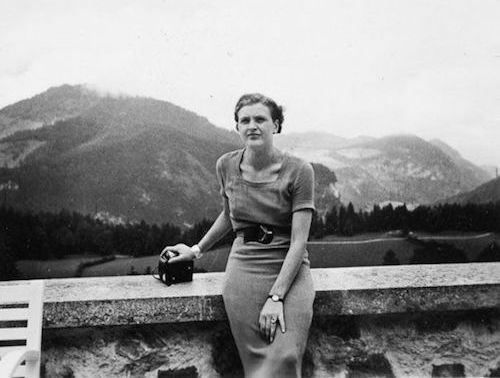